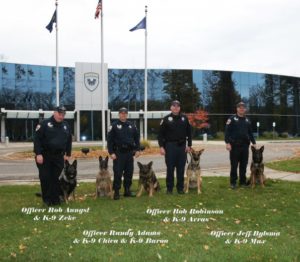 When I was in police canine services, I was in charge of the selection and training of the dogs and handlers. The selection process went like this – We would drive to a vendor who had imported dogs from Europe. Why not get dogs locally? They do not make good police dogs, that’s why. Generally, Americans are not very good at breeding and keeping the work ethic in dogs. If they were, Europe would be importing American dogs for police services. Honestly, I have never heard of that happening.

Dogs that can do police work are generally not very good “pets.” They need to go out and work daily and the general public would not be able to handle them. The dogs would be out of control, biting people, and would end up being euthanized.

Why does Europe have better working dogs? I think it’s because there are more dog clubs there. Dog clubs that train and breed dog for French Ring, KNPV, and IPO to name a few. I live in West Michigan, good luck in finding a protection dog club in the area. I just googled Schutzhund and the majority of the clubs are in Metro Detroit.

I did some training with Gustavo Sanchez who is located in Charlotte, MI. Now, that is an hour and half drive for me to have someone work my dog for 15 minutes. I really don’t have the time or want to spend the gas money for that. If I lived in Europe, I would probably have 4 clubs to choose from within a 20 minute drive.

Back to the story. So, we are at the vendor to look at dogs. One vendor we visited had nothing over 10 months old. It takes me about 2-3 months to train a prospective dog and get him ready for the street. The problem with a 10 month old dog is that he doesn’t have the maturity to work the road at 12 months old. You could ruin a dog that young. So we said thanks, but no thanks, and went to another vendor that had 30 dogs to evaluate which were 18 months old and older.

Now that is what I am talking about. Testing included temperament, motivation for the ball and sleeve, commitment, confidence, environmental testing, and work ethic. Does the dog prefer to smell urine or chase the ball? If it chooses urine, we put the dog back in its kennel. We want a dog that we have to pry the ball out of his mouth. I think you get the idea. Confident high energy dogs, that’s what we wanted.

Once we picked a dog we liked, we set up a thorough examination with our veterinarian. If the dog passed with flying colors, and some don’t, then and only then would we start the training. The training consisted of obedience, agility, tracking, detection (usually narcotics), evidence, building search, protection and apprehension. On top of all that, we trained the dogs to ignore distractions like hollering, food, noises – including gun-fire, movement etc. For example, kids playing soccer. The dog had to ignore that and not run into the middle of the game and pop their ball as he bit it.

For gun-fire, the dog could not be scared but also should not become aggressive either. Gun-fire should mean nothing to the dog. A dog that is fearful won’t work during gun-fire and a dog that is aggressive with gun-fire may bite another officer returning gun-fire from an assailant. We do all of this in no more than 3 months and have the dog working the street.

You may be thinking what does this all have to do with your pet dog, Fido? What I did was take a small piece of police dog training (obedience) and bring that into the civilian world of pet training. What is the difference between police dogs and pet dogs? Not much, dog training is dog training. The difference is, with pets we have nervousness, fear, low energy, high energy, and medical issues that may be causing some of your behavior issues.

With the nervous dogs, we need to gain some trust first, but the training is really very similar. We teach obedience; wait, follow, sit, down, place, heel, and come. As the dog learns we teach the dog to ignore distractions, just like we do with the police dogs. Ignore traffic, dogs, and humans. There is no lunging on the leash because it’s against the rules.

After two weeks, we have the dog performing pretty well and then it’s time for the owners to start working with their dog. Our group polishing classes do just that. During group, we run everyone through all the obedience exercises as we throw discs, balls, and toss food on the ground. I greet each dog and talk baby talk to them. Do they lunge or sit politely? I knock on the doors and ask, “who is it?” I drive a remote control car around; do the dogs react or ignore the distraction? If the dogs can do this, they will behave well anywhere.

Here is a little example of one of our group polishing classes.

Adams K-9 Dog Training and Kennel is your best choice for dog training and problem-solving. If you would like to learn more about our training options, contact Adams K-9 today! 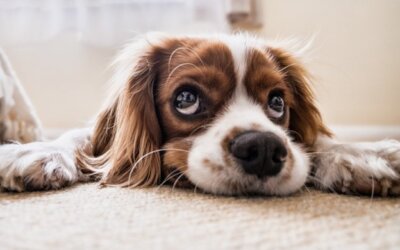 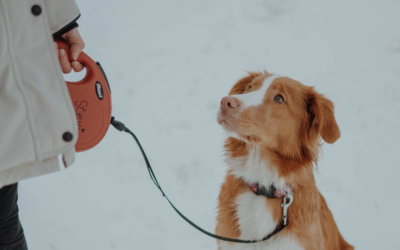 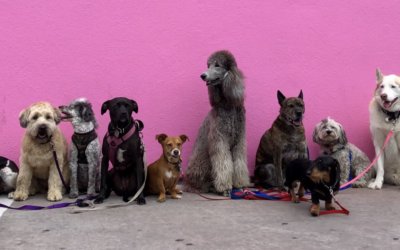