Guidelines for Housebreaking Your Dog 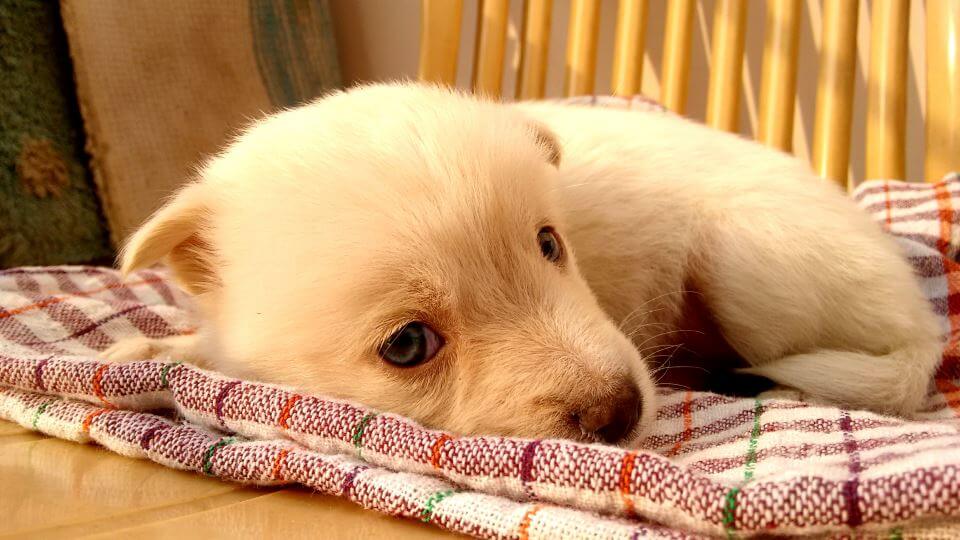 Potty training a dog can be a stressful endeavor, but some guidance can make it easier. Pets are very often abandoned and turned in to West Michigan shelters due to housebreaking problems. Hopefully, this article will get you and your pup on the right track.

If you have a new puppy, or if you have adopted an older dog, congratulations! We all know puppies need help learning the rules, but older dogs may also have housebreaking issues and might need to be retrained. The dog may have never been trained to go outdoors to empty out, or, the stress of moving to a new home may cause issues. To make the dog’s transition successful it is important to create a good foundation of rules, manners, and obedience.

One of the most important aspects of welcoming a new dog into your home is housebreaking. With a little effort up front, you and your dog will establish routines and expectations that will keep you living in harmony and happiness for years to come.

The best way to train your puppy not to potty in the house is through crate training. Dog crates are an essential tool for successful potty training. Crates are like dens to your dog and provide a natural, safe feeling. Since it is their own little den, they naturally and instinctively want to keep their crate dry and clean. Even as your dog gets older you may find him returning to the crate for sleep, or just for a break from the noisiness of the day.

The type of crate you purchase is important. When starting out with a puppy, do not purchase the biggest crate possible for your pup to grow into. For successful potty training, the crate needs to be small enough for your pup to stand, turn around, and lay in. If it is big enough for them to pee and soil in one corner, and then go lay nice and dry in another corner, then it is too big.

Dogs instinctively won’t relieve themselves where they sleep and live, so for the time being, start small and expand from there as needed. If you have a large breed dog, plan on buying 2-3 crates as they grow. You can always find them on Craigslist if you don’t want to pay retail prices.

Another type of crate to avoid is the collapsible wire cages. They are not sturdy enough and dogs don’t like them. Dogs want privacy in their little den, so the darker the better. I recommend plastic crates with solid sides.

Once you have a crate you will want to put it in a quiet, dark room where there are not many distractions. I once worked with a family who had a crate in front of the window so the dog could look outdoors. I asked, “Does your dog like to chase squirrels?” They said, “Oh Yes!” I then questioned why they would put the dog in front of something he loved so much, but couldn’t have. It must have driven the dog nuts to see the world outside while the owners were gone for the day. How could the poor dog get any rest with that crate there? Dogs like it quiet and dark, so they can nap and relax without added stress or anxiety.

Be prepared for your puppy to cry and whine when she is in her crate for the first time. It’s okay and to be expected. However, DO NOT let the puppy out when she cries. This reinforces the crying behavior because it lets them know that crying means freedom. Instead, wait until the puppy is quiet and calm before letting her out of the crate. I don’t mean quiet and calm for a mere five seconds, but quiet and calm for several minutes.

Put the crate at the end of the house because, for the first few nights, she may cry for quite a while and keep you awake. That said, I’ve had some families put the crate in their bedroom and that works for them. But let me caution you- if you get up every time your puppy fusses, you will be training her to go outdoors every half hour. The pup will learn that all she has to do is whimper a little, and “poof!” It’s play time.

Be prepared to get up at least once a night to let the pup outdoors to relieve themselves. Remember, their bladders are tiny. Puppies will also need to go outdoors after naps, play time, eating and drinking. If you have a puppy that likes to drink a lot of water, monitor his water intake, especially at night. Don’t let them fill themselves up with water right before bed or they will need to go out several times during the night.

Some people use the “pee pads” they sell at pet stores. I personally don’t use or recommend using them. In my experience, pee pads teach the dog to potty in the house. It can be very difficult to teach your dog to potty outside once they have been praised for essentially peeing in the kitchen.

It’s important to have someone at home with the puppy during the day to take him outside several times. You will have a much more difficult time potty training if you work all day and leave the puppy alone and unattended. In fact, if there is no one home during the day to raise this puppy, an adult dog from an animal shelter may be a better choice for your family.

While you are home with the puppy during the day, keep her tethered to you with a leash so she cannot wander off and relieve herself. You will have a much more difficult time if you give the pup the opportunity to run the house freely. It only takes a few seconds of freedom for your new puppy to relieve herself while you’re not watching.

The idea is to be very vigilant in the beginning in order to avoid accidents in the first place.

While your puppy is near you on a leash, provide her with plenty of toys to play with. If it has been 1-1-2 hours without a break, or you notice circling and sniffing the ground, it’s time to take the puppy outside. It’s important to be very vigilant in the beginning to avoid accidents early on. You do not want to give your puppy the opportunity to have an accident in the house.

When it’s time to go outside, ask your puppy: “Want to take a break?” or something similar. Pick the puppy up, carry him outdoors, place him in the location where you want him to relieve himself, and then say: “Take a break.” When he goes, praise him, pet him and then walk him around a little longer to make sure he doesn’t have to do anything else.

If you do catch your pup squatting and peeing inside the house, Clap your hands, yell “NO” pick, the pup up and carry them outdoors. They will stop going if you pick them up. Wouldn’t you?

When accidents do happen, and they will, how you react to them is very important. Do not rub the puppy’s nose in his urine or feces. That is abuse and they have no idea why you are doing it. This will only cause the puppy to be fearful and run away the next time you approach him. Instead, if you catch him in the act of going inside the house, clap your hands very loudly, yell “No!” Then, pick him up immediately to carry him outside. He will most likely stop eliminating as soon as you pick him up. If he finishes his business outdoors, praise him profusely and give him a few more minutes to make sure he doesn’t have to do anything else.

Potty training takes time and patience. Your pup’s bladder is tiny and they need to go often. Be vigilant for six weeks, and you will enjoy a lifetime with your well-behaved, housebroken dog.

Please contact Adams K-9 today for more information on potty training, or for help with other behavioral and training issues.